A single Mother has made a sham marriage with a good friend, so that her illegitimate son can get a formal father and be officially registed by the Registration Office. This is not a literary invention or a film scenario, but a true story of 21st century China. It is the story of one of the "Bald Girls" artists participating in the exhibition "Single Moms" .??Although China is considered a "socialist " country for 65 years, the 2000 years old Confucian tradition is deeply rooted in the minds of many people. According to Confucian principles, man is standing above woman and this tradition has been the cultural consensus in China for thousands of years, even among women themselves. As in ancient Greece, men in China act as the single source of culture, they are the measure of all things. Women stand for the incomplete, the imperfect, even today .
?Even though the movement of gender equality in the late Qing dynasty and in the beginning of the Republic, especially the politically-driven communist ideology of equality, has caused better social conditions for Chinese women in the last 60 years, even compared to Western countries, these were prescribed from top to bottom and not a consequence of demands of women themselves. This has caused a distinct lack of questions about the concept of an inner transformation. On the cultural level, there is also a lack of creation of a subversive force within the gender consciousness.??Since the economic boom and the general opening to foreign influences in recent decades, the emancipation of women has given an excellent breeding ground. The situation of women, however, presents itself very differently: On one hand, there are already a lot of selfconfident, financially independent, emancipated women with higher education in the larger cities, who enjoy more freedom for self-realization in the process of economic reform - such as artists and entrepreneurs. On the other hand, and during the same time, not a few women still live in the traditional role as housewives or concubines. These women are passive, dependent, and give up their personality. This coexistence of different and complex conditions of women is a phenomenon of Chinese society that seems as strange and absurd as in a sureal theater play.??"By this yardstick alone , the Saturday opening of "Bald Girls" , a feminist art show in the 798 arts district of Beijing, was a tremendous success . Plainclothes officers rushed into the Iberia Center for Contemporary Art Shortly before the afternoon opening and Demanded the removal of two paintings by Lan Jiny , an artist based in Germany , according to the show 's organizer , Xu Juan.?Feminist art in China, a country where very few women dare say They Are feminists for fear of social ostracism , is quiet a tiny phenomenon . But , in fact , the show on Saturday did not need the censorship to have an impact . The artist's actions were dramatic enough. And what They Said What: The world 's attention 'may be transfixed by a handful of female Chinese billionaires , but the true situation of the country 's 653 million women is parlous ".
?This wrote the "New York Times" on 07.03.2012 about the unconventional exhibition of the first feminist art group in China, "Bald Girls". The title "Bald Girls" has been inspired by the famous, absurdist piece "The Bald Soprano ", written by the French writer Eugène Ionesco in the 1930s. The pronunciation of the words "Bald Girls" in Chinese has two meanings: singer or fighter. This ambiguity is to suggest that "Feminist Art" has just entered Chinese culture and its position still has to be fought for. The artists see themselves in contemporary art as pioneers of feminism and feel obliged to stand up for public education and awareness of the modern Chinese woman. "Bald Girls" represents the concept of Gender, namely the reflection of socio-cultural structures in terms of gender roles. It challenges the conventions and propose a combative role in contemporary art. The "Bald Girls" go to the streets with other women activists and draw attention to women's issues.?? The Frauenmuseum Bonn opens a large interdisciplinary exhibition titled "Single Moms" in 2014. The extensive historical part of the exhibition shows how the position of single mothers changed in history, both in the Middle Ages and from the 18th century until today. In addition to the documentary part of the exhibition, contemporary artists accompany the project. At the invitation of the Frauenmuseum in Bonn, the artist of the "Bald Girls" take part in this exhibition. In contrast to the objective facts of the historical exhibition, the "Bald Girls" work with their personal experiences and impressions; they draw on feminist issues and go to the causes of discrimination against "Single Moms" or women in the Chinese cultural tradition. At the same time, they criticize the current social policy in China. Together with German and international artists, the "Bald Girls" contribute their subversive art for improving the rights of women or single moms .??The artist Jiny Lan who lives now mostly in Germany believes that the discrimination against the female system in China can be traced back to the bloodline Thoughts of the Confucian tradition. For the Chinese people, preserving the blood line of one's own family is to be taken as seriously as a religious truth. According to traditional Chinese views, the bloodline continues only through the male members of the family, because only they can carry on the family name. Even after the introduction of the one-child family policy, this setting has not changed. This leads to selective abortion and female homicide after birth. These actions are the main cause of a serious imbalance in the gender ratio of the Chinese people. Starting from this situation, the artist Jiny Lan has created a series of works that not only address the misguided traditional thinking, but also provide a constructive proposal to solve the problem. 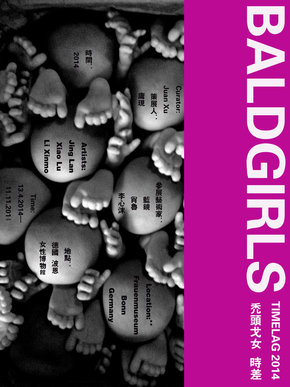 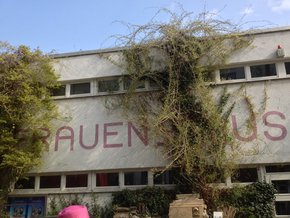 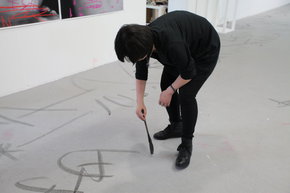 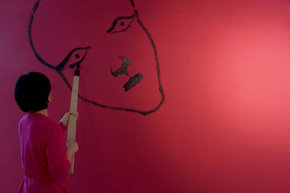 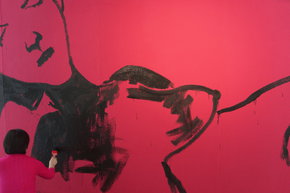 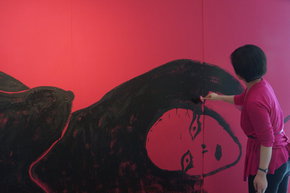 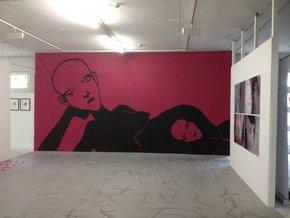 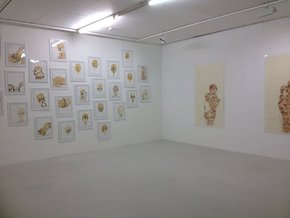 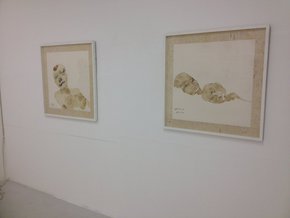 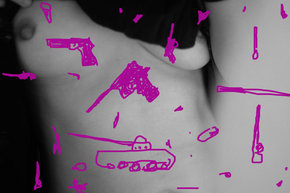 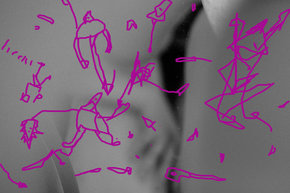